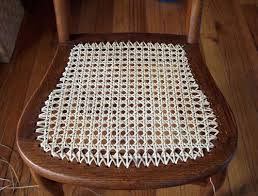 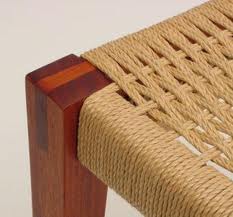 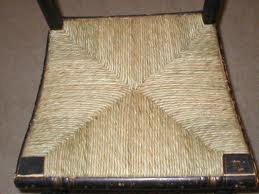 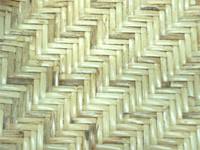 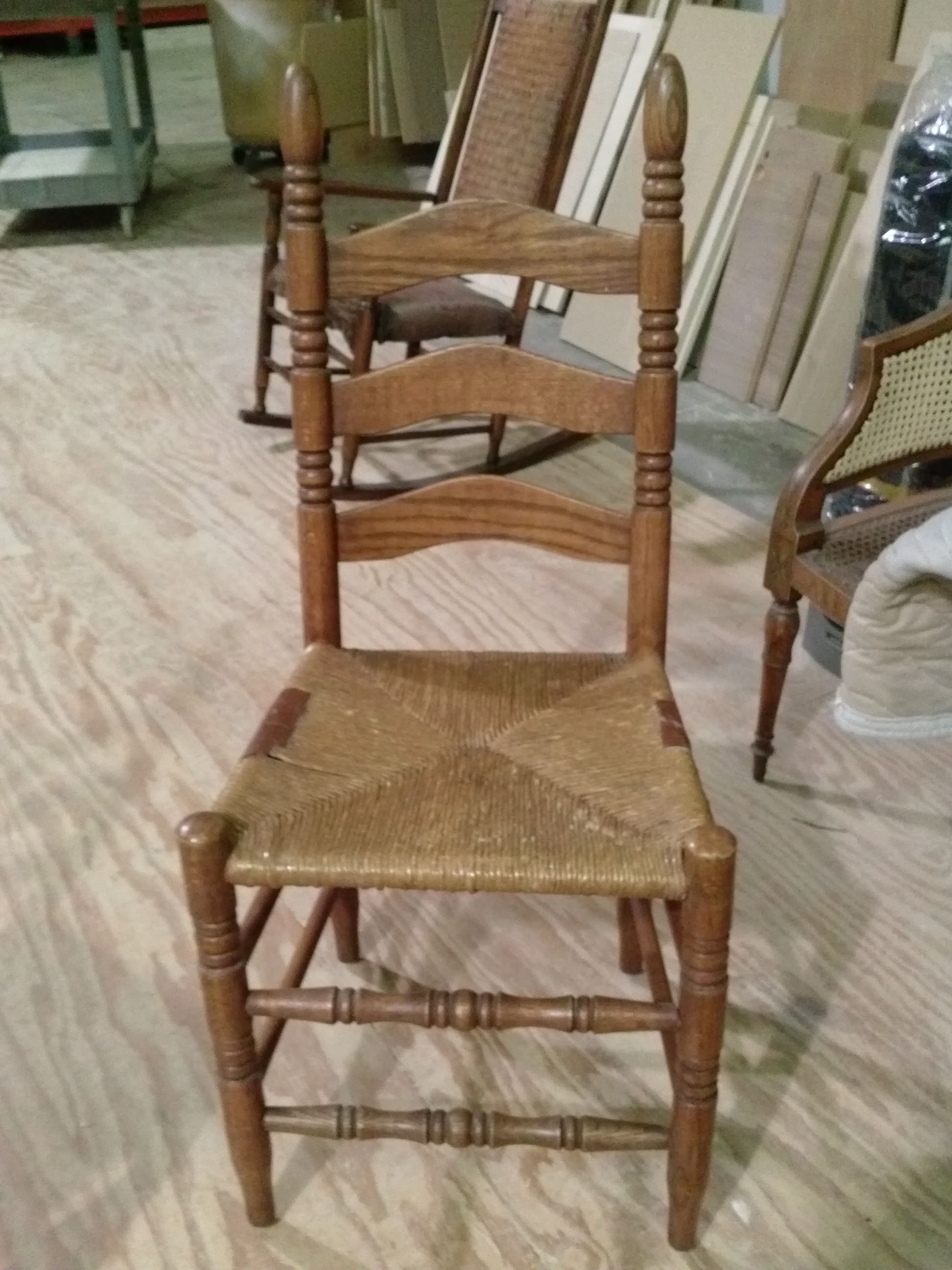 FIBER RUSH became widespread in the early 1900's era as a substitute for Natural Rush which was costly to produce, both time and materials. Fiber Rush is twisted chemically treated, kraft paper offered as a continuous cord in large spools. It is uniform in diameter and is available in several sizes and colors; the most common colors are golden brown and kraft brown. It is woven in apattern that ressemble 4 triangles converging toward the seat center. Fiber Rush is less expensive & more durable than Natural Rush. It is often coated with a coat or two of shellac to further protect the seat. Fiber Rush appears uniform on bothe the top & bottom of the seat. 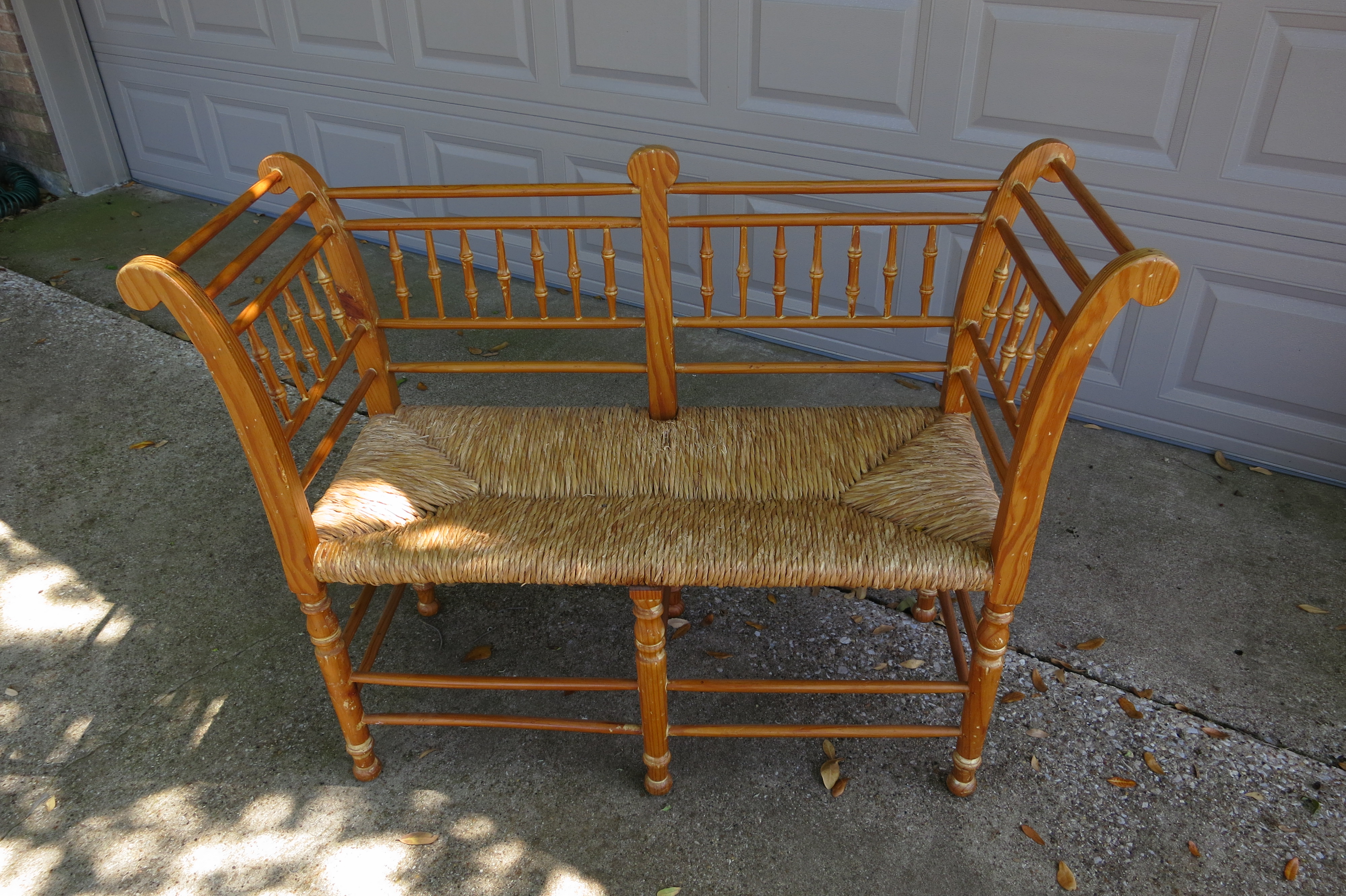 GENUINE RUSH or Natural Rush is woven from the hand twisted leaves of marshland bullrush plants or cattails. Natural Rush tends to be a bit larger in diameter and somewhat less consistent apearance. From the top surface, it is woven in the same pattern as fiber rush, however, on the bottom, it is not always twisted and the ends of the leaves sometimes protrude. Attention was paid to show the surface. Natural Rush is considerable more expensive in terms of raw material cost an in time to complete. 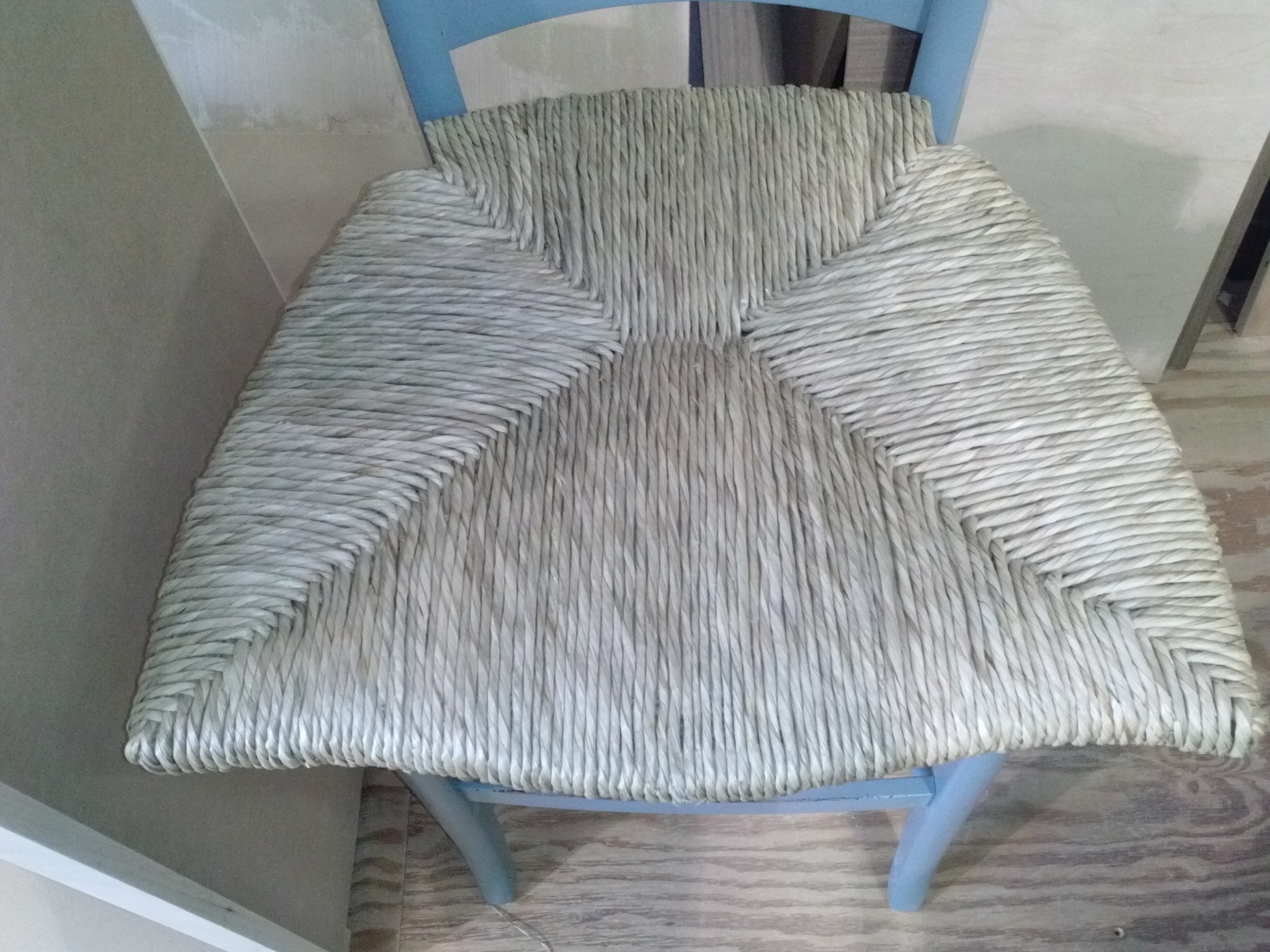 When new the color appears variegated with bits of green and some brown. It turns a light brown with age. The costsare between Fiber Rush and Natural Rush.

We also offer other cord materials including Sea Grass, Wheat Wrap, and Maize please contact us about the availibility of these products. 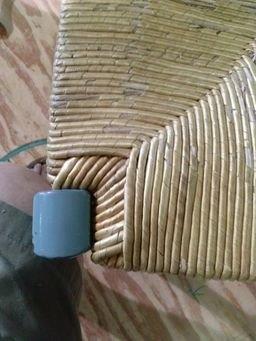 Strands of straw like material are twisted together & wrapped with wheat. It is a pale green color and makes a very refined looking seat